24 best movies for salespeople that need a boost in 2021

For most sales professionals, 2020 wasn't a great year. And while we can't change the state of the economy or move markets—at least we can change ourselves. That's why we've created this list of the 24 best sales movies to watch if you need a little booster, or at least take the edge off things for a few moments. Without further ado, here some of movies for salespeople where you could almost justify the movie tickets as a company expense. ;-)

That's really all that needs to be said about this movie.

Martin Scorsese directs the story of New York stockbroker Jordan Belfort. From the American dream to corporate greed, Belfort goes from penny stocks and righteousness to IPOs and a life of corruption in the late 80s.

Excess success and affluence in his early twenties as founder of the brokerage firm Stratton Oakmont warranted Belfort the title "The Wolf of Wall Street".

Billy Beane, general manager of the Oakland A's, one day has an epiphany: Baseball's conventional wisdom is all wrong. Faced with a tight budget, Beane must reinvent his team by outsmarting the richer ball clubs.

Joining forces with Ivy League graduate Peter Brand, Beane prepares to challenge old-school traditions. He recruits bargain-bin players whom the scouts have labeled as flawed, but have game-winning potential.

The Pursuit of Happyness

Chris Gardner is a bright and talented, but marginally employed salesman. Struggling to make ends meet, Gardner finds himself and his five-year-old son evicted from their San Francisco apartment with nowhere to go.

When Gardner lands an internship at a prestigious stock brokerage firm, he and his son endure many hardships, including living in shelters, in pursuit of his dream of a better life for the two of them.

(Get an extra does of motivation to pursue your goals when you sign up for your daily sales motivation quote.)

Loosely based on the life of inventor and entrepreneur Joy Mangano, this moving film shows what it's like to push back against all odds and succeed through persistence and creativity.

This drama, based on a true story, follows a young British man working at Barings, a major investment bank. Sent to Singapore and placed in a position of authority at the bank's branch there, he takes advantage of the thriving Asian market to make risky trades.

Before long, he's in over his head and tries to hide the losses. If you ever wonder how some people seem to be able to handle high stakes so self-assured and confidently, watch this...

Love and Other Drugs

This unconventional love story focuses on the life of a pharmaceutical salesman and shines an interesting spotlight on the world of medical sales. We follow a charming salesman who rises to be one of the top reps at Pfizer.

When an office full of New York City real estate salesmen is given the news that all but the top two will be fired at the end of the week, the atmosphere begins to heat up. Shelley Levene, who has a sick daughter, does everything in his power to get better leads from his boss, John Williamson, but to no avail.

When his coworker Dave Moss comes up with a plan to steal the leads, things get complicated for the tough-talking salesmen. The ultimate ABC movie. You'll be glad to not work in that office.

After his beloved father dies, dimwitted Tommy Callahan inherits a near-bankrupt automobile parts factory in Sandusky, Ohio. His brand new stepmother, Beverly, wants to cash out and close, but Tommy's sentimental attachment to his father's employees spurs him to make one last-ditch effort to find someone who will buy their products. With his father's tightly wound assistant in tow, Tommy hits the road to scare up some new clients.

Welcome to the infamous "boiler room", where twenty-something millionaires are made overnight. Here, in the inner sanctum of a fly-by-night brokerage firm, hyper-aggressive young stock jocks peddle to unsuspecting buyers over the phone—and are rewarded with mansions, Ferraris and more luxury toys than they know what to do with. In this unassuming Long Island enclave, Gen Xers chase the green at breakneck speeds, sometimes one step ahead of the law.

Thank You For Smoking

Nick Naylor, a lobbyist for big tobacco, finds it difficult to balance his duties defending the dangerous substance with those of being a good role model for his young son. Nick's life gets even more complicated when a liberal senator mounts an anti-smoking campaign that he must counter.

This 1980's movie comes with all the ridiculousness you'd expect from a black comedy about a used car sales lot starring Kurt Russel. Executive producer of this movie is none other than Steven Spielberg—although that's not apparent when watching this movie. When you consider that this entire sales movie was shot in just 29 days, it all makes more sense. If comic relief is what you're going after, and you've already exhausted our best sales memes, this is worth a watch.

Catch Me If You Can

While not techincally a sales movie, the true story of legendary conman Frank Abagnale Jr. can teach some incredible lessons in having confidence, dressing the part, and ultimately closing the deal.

Door-to-door aluminum-siding salesmen Bill "B.B." Babowsky and Ernest Tilley are professional rivals in an industry known for shady dealings and high-pressure sales. But their rivalry goes from professional to personal after a minor car accident that neither are willing to take the blame for. As the hatred between the two men grows to near insane levels, B.B. decides to take it even further by seducing and having an affair with Tilley's wife.

Based on the true story of Ray Kroc, this movie details how a master salesman turned an innovative eatery into one of the most famous fast-food restaurant chains in the world through persistence. (Just make sure to grab a Big Mac before you start watching this.)

Three salesmen for a foundering industrial lubricant manufacturer hang out in their company's hospitality suite at a major convention, waiting for the arrival of a prospective customer they've privately dubbed "The Big Kahuna," whose potential sales would turn the struggling company around. Phil plays peacemaker between the cynical, argumentative huckster, Larry, and Bob, the company's newest hire, whose religious sanctimony irritates Larry.

This sales documentary from Albert and David Maysles follows the bitter rivalry of four door-to-door salesmen working for the Mid-American Bible Company: Paul "The Badger" Brennan, Charles "The Gipper" McDevitt, James "The Rabbit" Baker and Raymond "The Bull" Martos. Times are tough for this hard-living quartet, who spend their days traveling through small-town America, trying their best to peddle gold-leaf Bibles to an apathetic crowd of lower-middle-class housewives and elderly couples.

Don Ready is many things, but he is best-known as an extraordinary salesman. When a car dealership in Temecula teeters on the brink of bankruptcy, he and his ragtag team dive in to save the day. But what Ready doesn't count on is falling in love and finding his soul.

Car dealer Joey O'Brien is spread as thin financially as he is in his love life. He's dating more women than he can remember, and the local toughs he's borrowed money from want it back. In a last-ditch effort to get out of debt, Joey struggles to sell a dozen cars in two days—a task that becomes difficult when the husband of Joey's secretary barges into the dealership with a semi-automatic weapon and takes everyone hostage.

Two For The Money

After suffering a career-ending injury, a former college football star aligns himself with one of the most renowned touts in the sports-gambling business. Another great Al Pacino movie.

Starring Eddie Murphy and Dan Aykroyd, this film sees the lives of two strangers swapped. It shows how street smarts and a natural gift for reading people can lead to success in sales.

The Story of Sales

A sales documentary that explores the role this profession has played from a historical and societal point of view in eight chapters. This movie was funded by Salesforce and released in 2018.

You can watch the entire movie here.

On the Wall Street of the 1980s, Bud Fox is a stockbroker full of ambition, doing whatever he can to make his way to the top. Admiring the power of the unsparing corporate raider Gordon Gekko, Fox entices Gekko into mentoring him by providing insider trading.

As Fox becomes embroiled in greed and underhanded schemes, his decisions eventually threaten the livelihood of his scrupulous father. Faced with this dilemma, Fox questions his loyalties.

And last but not least, the "Italian mafia boss" close isn't probably something you want to try:

Based on the real-life story of legendary door-to-door salesman, Bill Porter, this classic explores how persistence and a refusal to give up can win deals for salespeople, no matter the troubles that hold them back.

Looking for more motivation to boost your sales game today? Get your daily dose of sales confidence with Daily Sales Motivation: 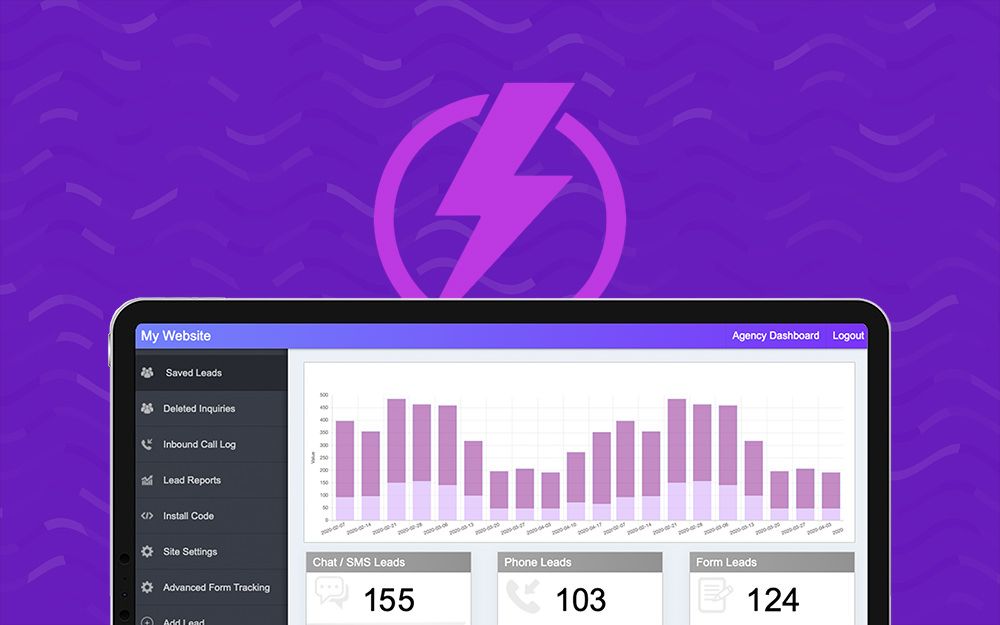 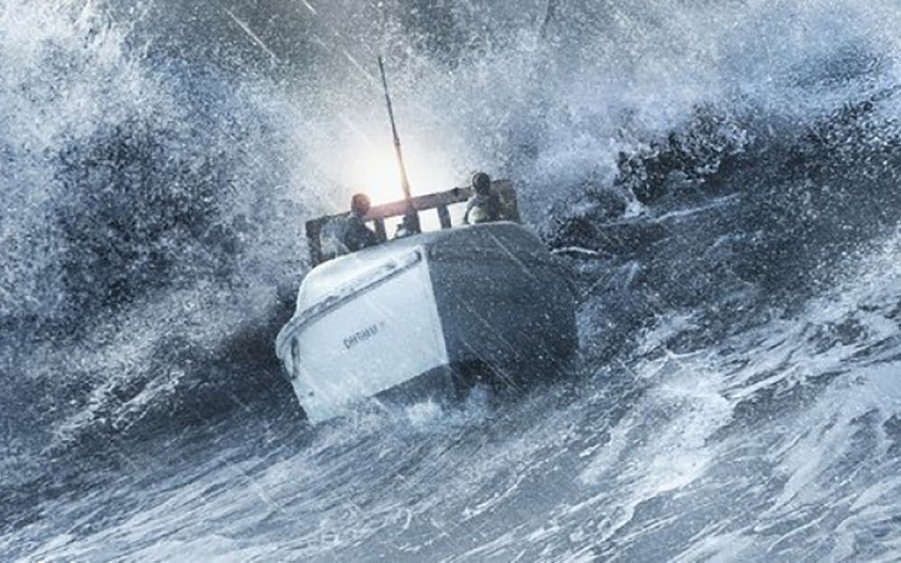 COVID-19 killed your industry? Here's how a tour booking software keeps selling through the crisis 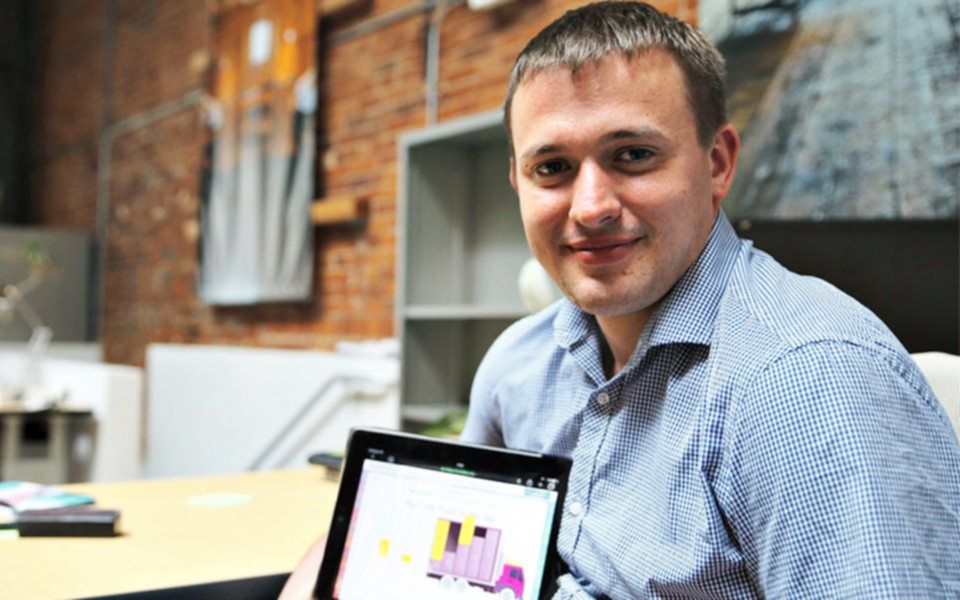