You have an attention problem. Competitors aren’t the issue. It’s Facebook, YouTube, Google. Not to mention, obscurity and inertia in the face of an ever-dwindling runway.

Overall profit margins? Awesome. But the initial investment required to break even on each customer? YUGE.

So ads + other high CPL promotional methods are out for most. Most mortal companies can’t WeWork their way to faux growth.

And while it’s true this overall strategy is sound, execution is often the problem.

Here’s why, and what to do about it instead.

And yet, most companies don’t see any results from it, either.

Don’t believe me? Don’t need to. Moz and Buzzsumo already proved this a few years back, finding that “75 percent of blog posts receive fewer than ten shares and zero links.”

Here’s exactly why this happens:

❌ Reason #1: Your market is already too saturated and competitive.

Content Shock was used to describe a world where people are literally overwhelmed by too much stuff. And it was coined in 2014.

Think that’s gotten better or worse since then? Mmhmm.

Combine content shock with the inevitable Law of Shitty Clickthroughs and you got a problem.

Pick any remotely-commercial market and there’s already millions of pieces of content on it.

Sadly, that ain’t even the worst part. Buckle up for this next stat.

Your primary method of content distribution — Google — is an increasingly winner-take-all space.

The top five results on any given SERP receive 90 percent of the clicks!

Plus, organic click through rates are actually falling at the same time.

That’s why most content never gets read, shared, or linked. If it ain’t top five, it might as well be page five.

And that’s no small feat considering every big site and their mother is all-in on content. Pick any long-tail phrase in your space. How’s that cost vs. benefit look?

The “sales team” query gets ~1,600 monthly searches according to ahrefs. Pretty good, but you’d still need dozens-to-hundreds of these to break the bank.

And yet? The Domain Rating alone for the top ten results ranges from 71 on the low end to 90 up top. Meaning these ain’t small-time sites...meaning this ain’t no "hit-publish-and-rank tomorrow" keyword opportunity.

Instead, you’re looking at months (if not years) of brand + link building before your content ever sees the light of day here.

❌ Reason #2: Most companies see content as an expense instead of an investment.

Orbit Media has performed an annual blogging research study over the past few years, polling thousands of company bloggers to compare (1) what they do vs. (2) what actually works.

The two are polar opposites.

Most bloggers spend three hours on an article, writing a few hundred words, relying mostly on their own experience.

The problem? That shit’s busted today.

The bloggers who report the best results confirm that they spend over six hours on each piece of content, writing thousands of words on a single topic, while collaborating with influencers and other subject matter experts.

Extrapolate these findings and a painfully-obvious problem pop ups:

Most companies treat content as an expense — attempting to spend as little as humanly possible — instead of treating it as an investment that produces an ROI over time.

Don’t take my word for it. Andy Crestodina, the brains behind Orbit Media, dropped this knowledge in my recent interview with him:

“What is not obvious until you’ve been doing it for a little while is that effort is linear, but results are exponential. So working twice as hard on something sounds crazy. But, actually, if you get four times the results by working twice as hard, it is efficient. You know, working ten times as hard on something? Why would I do that? Because marketers that put in 10x effort get like 100x the results.

Revisit that SERP click distribution survey in the last section to learn why. Position one nets you 100x the traffic as position ten. Growth isn’t linear; it’s exponential.

The problem, of course, is that this level of investment is a lot. It’s especially time consuming for company founders, who were told back in 2012 to value their time closer to $1,000 - $2,000 an hour. And that doesn’t take into account nearly a decade of inflation.

Founders are often the best people to ‘create’ content for their sites. They’re bonafide subject matter experts who often understand their space better than anyone else.

Except, when their time is valued at thousands per hour, their time is simply too valuable. They don’t have enough bandwidth to sit down and ‘create’ hundreds of pieces each year. Not when they should be spending the better part of a day on each article.

So what are your other options?

A little over a year ago, we tested five of the most popular content writing services to see how their content would stack up against the kind of content it takes to rank today. The short answer: not well.

Spending too little, because you view content as an expense, is essentially a waste of time. You get ‘thin’ content, devoid of any real insight. You get basic grammar mistakes. And you get plagiarism.

One paid sample basically looked up what was already ranking on Google:

And then proceeded to simply regurgitate those same points like a cat choking on an uncomfortably-large fur ball.

What you don’t get is the kind of stuff that’s required to compete and un-seat those DR 71-90 sites already ranking for “sales team.”

The idea might have been solid but the execution misses the mark. Simply ‘creating’ content by investing the least amount of time and attention as possible isn’t good enough. So you might as well skip it or go all-in.

Close has made their bones with content over the past decade. Not by ‘creating’ it, but by ‘producing’ it. In a not-too-dissimilar way my company produces hundreds of long, detailed articles each month for SERP-topping sites in some of the most competitive digital spaces.

You turn content production into a factory assembly line. Roles are specialized into what each person does best. That means you often have a team that looks like:

A few of those roles might overlap. Strategists can often distribute. Writers can be subject matter experts.

But most others don’t. What makes a good writer (creativity, ingenuity, etc.) is a completely different skill set than what makes a good editor (consistently, attention to detail, etc.).

This sounds like a lot of resources because it is. Thankfully, though, the silver lining is that a production workflow like this can actually help you maximize the ROI on each piece produced, while limiting wasted time from any one person involved.

Once again, don’t believe me. Steli explained in our interview how Close initially struggled with regular content creation, until they switched up how they produce it.

At first, he was writing it all himself. Once that became too time consuming, he would create a video overview for Ramin to help share the workload. And then, he realized he should just create the video summary that could be repurposed half a dozen ways by the rest of the team.

“I realized that if I stopped speaking to Ramin specifically on the recordings, and just made it more general, then we could just publish the audio file as well. And then I thought, well, if I just turn it on my Webcam on my laptop, we could record a video of me talking and we will have video and audio as two other content formats for this.”

In practical terms, this meant Steli’s time per piece probably went from half a day to an hour to about ten minutes. And yet, content production went through the roof — increasing not just in volume, but into multiple formats across every platform as well.

By having the subject matter expert create the first pass, you’re eliminating the need for heavier editing down the line. That means the audio file can go straight to transcript, and then writers get spoon-fed copy based on what Steli literally just said.

Which is then re-used for tweets:

And columns on huge sites:

Steli and Close aren’t slaving away at a keyboard all day. They’re producing content, not creating it. They’re maximizing outputs while minimizing inputs.

All starting with a few simple ten-minute videos.

The objectives are the same. Minimize CPA with strategies and tactics that scale the best. For that, Google still reigns supreme, with no other platform coming close to their distribution + user intent.

The main problem is everything is just a helluva lot harder today. More, savvier competition translates to a higher barrier to entry.

It’s not that you need more volume per se. The world doesn’t need more information. It needs more insight.

The trick is to do more of that, increasing the potential outputs, all while minimizing the inputs required for each piece.

It still might mean you’re spending $1,000 on each piece.

But the difference is a 100x return on each instead of the 1x you’ve become accustomed to accepting.

Brad Smith is the founder of Codeless and co-founder of uSERP, content production and distribution companies that produce hundreds of pieces each month for the top SaaS, B2B, and affiliates in the most competitive spaces on the Internet.

If you want expert advice on how to build and scale a B2B startup, download our FREE book: From 0 to 1,000 Customers & Beyond. We'll teach you how to identify the right customer acquisition channels, what roles to hire, which metrics to monitor, and SO much more. 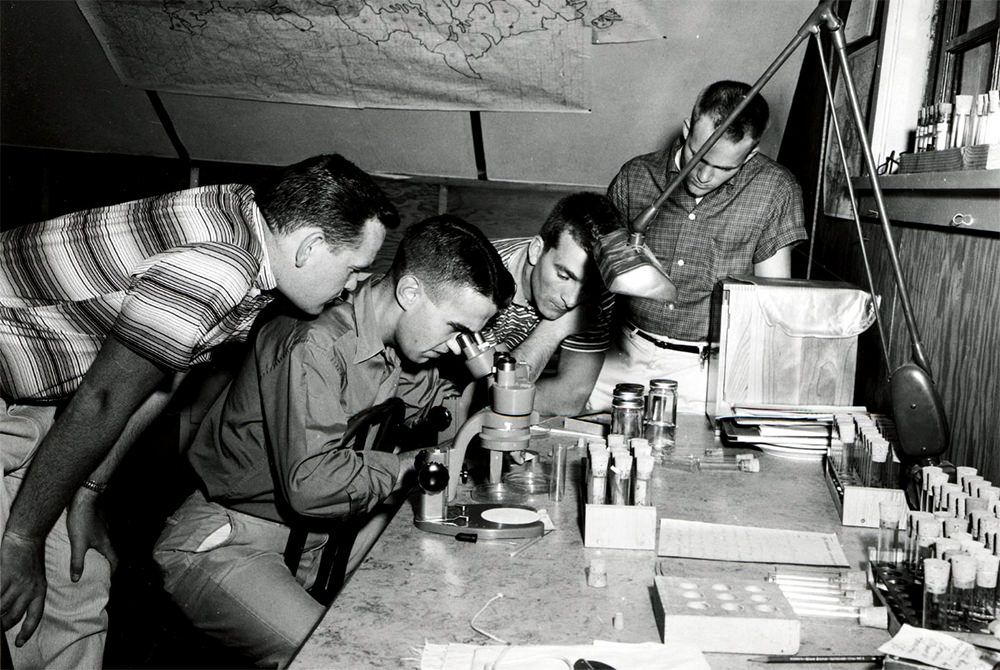 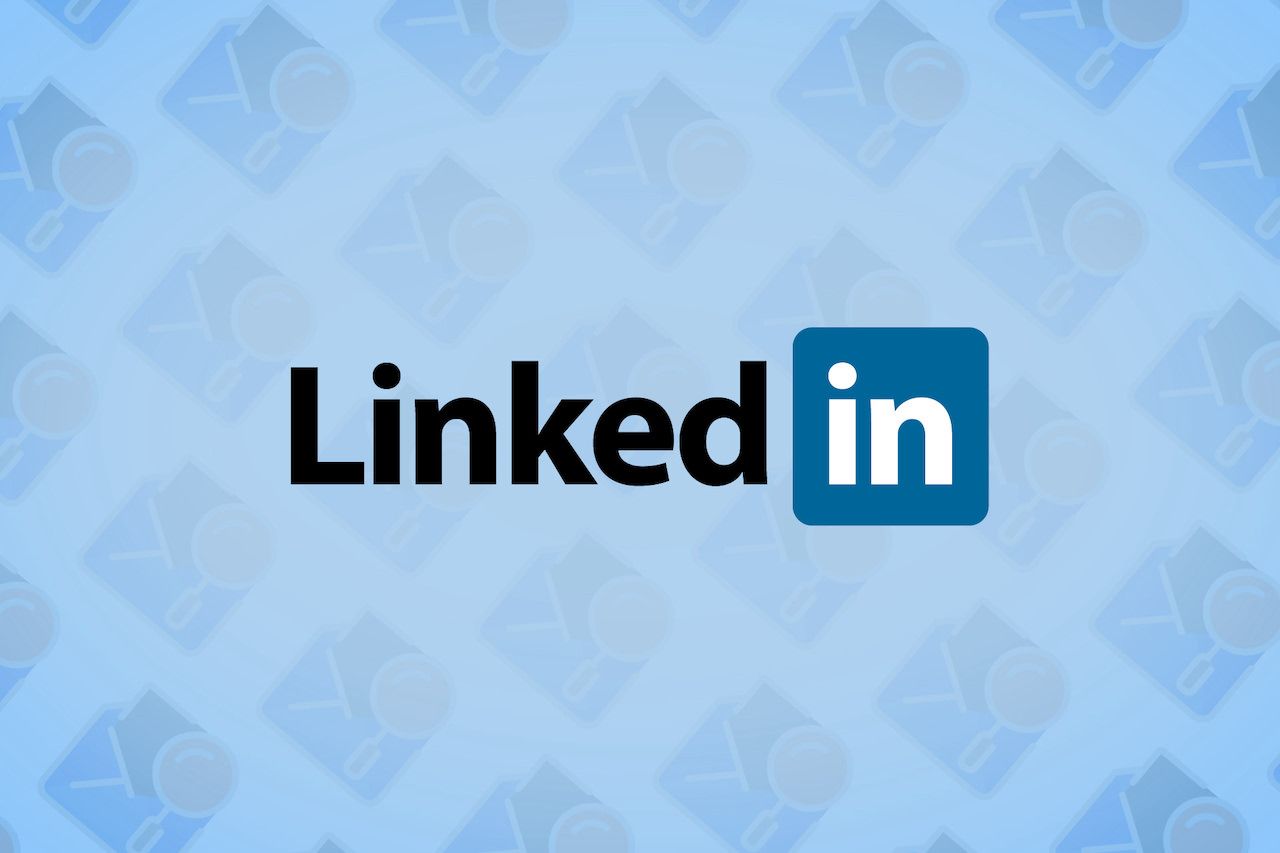 How to find email addresses from LinkedIn for lead generation 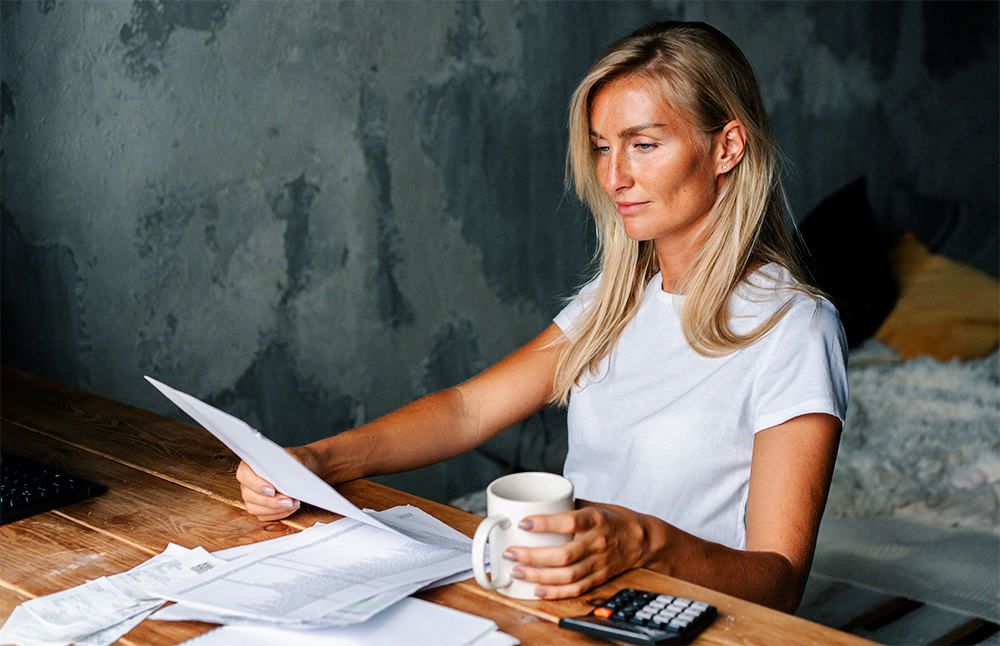 How to get bookkeeping clients: 10 places your accounting leads are hiding