7 epic product demos (and what you can learn from them)

Want to give awesome product demos? Want to present your software in a way that makes your audience want to buy it?

Learn from these seven demo masterpieces and see how you can bring their ideas and techniques into your own repertoire.

This one definitely earns the title of ultimate kickass demo. The product aims to solve a big and complex problem - but Musk presents it as a simple solution. In fact, when following his presentation you can't help but think that not choosing his solution would be stupid.

And the 2001 iPod launch: "It didn't just changed the way we listen to music. It changed the entire music industry."

"Today we're introducing three revolutionary products of this class. The first one is a widescreen iPod with touch controls. The second is a revolutionary mobile phone. And the third is a breakthrough internet communications device." An iPod. A phone. And internet.

"These are not three separate devices. This is one device."

"Today Apple is going to reinvent the phone."

The whole presentation is a perfect match for the audience he is addressing.

Up until that point, you simply couldn't walk on the streets and listen to your own music - unless you carried a boombox around. People didn't wear headphones in public, and Japanese society (which is where the Walkman was first launched) wasn't accepting of that idea.

How do you launch a product like that, that's completely unknown and up against a negative cultural bias?

Rather than presenting the Walkman to the public in a conference room, the Sony team invited journalists to the Sony building.

Each journalist got a Walkman. Then a Sony employee would escort them all together on a bus that drove them to a large park. There, the journalists were instructed to push the play button on their Walkman.

The cassette had an explanation of what the Walkman was, and asked the journalists to look at various demonstrations of the Walkman at different times. Sony promoters were riding around on rollerskates, skateboards and bicycles while wearing their Walkmans, and all of them wore "Walkman" t-shirts.

Sales were initially slow though.

Sony's marketing people decided to have promoters go out and mingle with the public while listening to music on a Walkman. They demoed the product directly to end-consumers and offered Walkmans to young people to try out.

Once people experienced a Walkman listening experience, their skepticism turned into enthusiasm. Sony sent promoters to college and high-school festivals, they told retailers to let people try out Walkmans in stores.

Sony also published photographs of young pop stars with a Walkman in magazines, which helped to change public perceptions of wearing headphones in public.

There's no video to the Walkman demo, but it's a valuable lesson that sometimes the best way to demo a product is to put it in the hands of the end-user.

Some videos naturally lend themselves to spectacular demos - but GoPro is a master at creating compelling demos. Once you start watching, you just can't stop.

Ellison is a great presenter, and it's worth setting aside an hour to study his 2014 OpenWorld keynote. Listen to how he is conveying benefits, addressing concerns and pre-emptively resolving objections. He's masterfully positioning Oracle as the go-to solution for enterprise SaaS apps.

How can you apply some of these ideas to your own software demos?

Infomercials are essentially product demos. Ron Popeil has moved billions of dollars worth of merchandise with his infomercials. He's one of the pioneers of the industry, and if it doesn't completely fry your brain, watch his 30-minute Rotisserie infomercial.

Are these infomercials ridiculous? Of course they are. But they're also very effective at demonstrating the benefits of the product, keeping the audience engaged and powerfully placing calls to action throughout their demos.

We're obviously not recommending you to use this format when selling your SaaS product to B2B prospects, but studying their methods and trying to understand what makes them so effective can help you design demos that close more deals.

The first version of Amazon's ebook reader sold out within hours of being launched. It's easy to dismiss the video because this technology is now commonplace, but when they released it, it was just spectacular. Or watch Jeff Bezos's demo of the Kindle Fire

It's a good idea to study a wide variety of fields when it comes to giving effective product demos. Expose yourself to different styles of demoing a product and see how you can adapt them to your own software presentations. 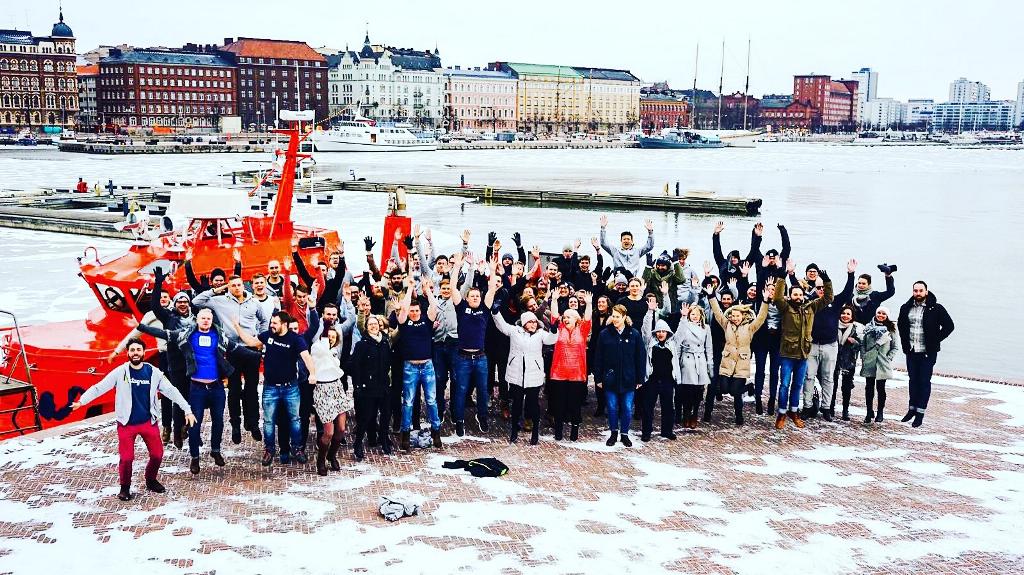 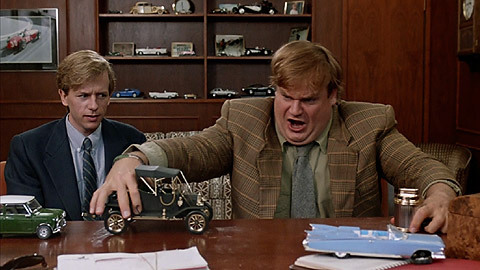 How to give product demos that sell