How to sell an upfront fee

Your prospect loves your product. They're drooling over the features, and they’re already planning the integration into their own system. You’re both ready to sign on and get cranking.

Then you mention your setup fee or deposit. It's nothing out of the ordinary, but to your prospect, it's a punch in the gut. They're offended. They don't want to pay. They're ready to walk away.

If your product or service has a deposit or setup fee, you definitely recognize this scenario. Entire sales hinge on whether you can sell the fee to the customer.

All the prospect sees is another expense, and it’s impossible to sell an expense.

But what you can do is change the terms of the conversation. Make the fee valuable to the prospect, and they’ll actually want to buy it. Here’s how.

Why you have an upfront fee

It’s counterintuitive, but the reason why you have an upfront fee or deposit is for your customer’s benefit—it’s to make them more successful.

A deposit filters out customers who aren’t willing to make a longer-term commitment to the relationship. That filter means that you can focus 100% of your attention on serious customers and do your best for them, rather than spreading yourself out too thin over a huge number of customers.

A setup fee makes it possible for you to pour resources into the customer relationship from the get-go so that the customer can hit the ground running. You’re able to put a customer success manager on the account, conduct training and onboarding for the team, and pour engineering time into custom integration and development to make sure that they’re 100x more successful down the road.

Your company has these fees for a reason. They allow you to perform your service better, help your customers, and deliver a better product. Your job in sales is simple—to help the prospect see that value.

Position your deposit as part of an exclusive, top-tier service

Value: Be part of an exclusive service that only works with the best and most committed customers.

When you communicate that you have an exclusive service that doesn’t accept everyone, you’re signaling to your prospect that those customers who you do accept will get a premium product and experience that’s worth the deposit and more.

Consider Mailbox, the wildly successful email app that Dropbox eventually acquired for $100 million. 800,000 people downloaded the app and signed up to join the waitlist for a product that they couldn't use. It is precisely because they can't use it, and have to wait, that they think it must be an amazing product that they must have.

This is hardwired into your brain. In a 2008 Caltech study, researchers scanned people's brains while they sampled different priced wines. The subjects always reported that the more expensive wines were more flavorful, and this was backed up by the scans, which showed increased neural activity in the brain's pleasure center. The catch? Actually, the wines were all the same, only the price was different. We get more pleasure out of a premium product. As founders, we often undercharge for our product because we lack the confidence - but being cheap is not the way to go. Instead, aim to create more value.

Objection:  Can't you make an exception? We want to try it first to see if it’s effective before committing.

Closing the deal: If you’re not ready to make a commitment, no big deal.

At this point, it'll be tempting to try and negotiate, offering to lower the fee just to close the deal. Don't. Not only will this lower the status of your product in their eyes, it will also harm your team’s ability to deliver your top-tier, premium service.

By showing that you’re okay with not getting the prospect’s business and by backing up your talk by not negotiating, a funny thing happens—customers will want you even more. That’s because everyone wants what they can’t have.

Embrace your deposit as part of your branding and positioning as a luxury brand, and you'll turn it into something that shows your customer your value and ultimately makes you even more desirable.

Re-frame your fee as an investment in success

Value: Invest in your success now, and you’ll be paid back 10x.

Framing the fee as an investment helps your prospect understand what you’re going to do with the money. You’re not nickel-and-diming them. You’re not making any money at all off the setup fee. The entire amount is going to the cost of ramping up premium support, engineering consulting, and more.

New customer relationships involve investments by both sides, not just on their end—and prospects often forget that. Make the prospect aware of how much you’re committing on your end to make the relationship a success. They’ll see that you’re making investments in success and that it’s only fair that they invest as well.

Objection: Your competition doesn't have this fee.

Closing the deal: Our competitors do have the fee—they're just not up front about it.

All these services have to be paid for, it's just yours are explicit and upfront.

Offering bad news upfront might seem like a bad move. But here's the thing — people trust negativity. Studies have shown that even infants show a negativity bias. We implicitly give more credibility to bad news, increasing our trust in the giver.

If the prospect goes with a competitor that doesn’t have a fee, then in two months they are going to face one of two negative consequences—one bad, the other worse.

Instead of charging the fee up front, your competitor builds the fee into their monthly recurring price. That means that rather than ramping up quickly and all at once, they ramp up slowly over several months.

Your prospect loses the full value of his investment, while your customers speed past, having ramped up immediately, from day one.

No fee at all means no resources, no staff in place, and no dedicated engineers or account managers. None of the support and infrastructure that you are offering them with this one-time payment is available without the setup fee.

When they realize that, they'll spend 2x as much on hiring their own staff and separate consultants. Six months down the line and they will have invested more time, money, and resources and will be months behind where you promised they would be.

Using your service, with your setup fee, they're investing at a fraction of the cost, upfront, and in 6 weeks they are up and running, and crushing it.

Change a fee from an expense into added value

Don't hide your fee. Don't apologize for it. Own it.

Whenever a customer balks at an upfront fee, don't worry. They can only initially see it as an expense to be negotiated down or out. But you can use your knowledge of what these fees are for to reframe them to showcase their true value.

By doing this, you can close the deal, protect your product’s value, and define your own space in the market. 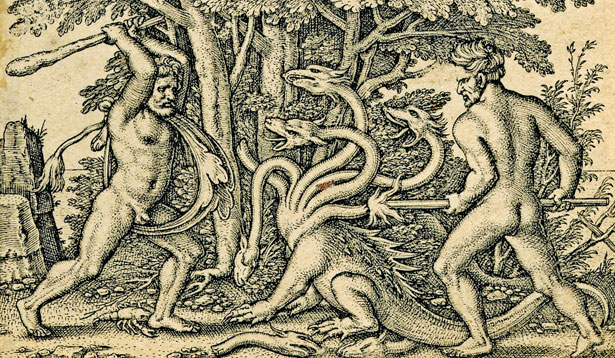 EdTech Sales: The ultimate guide to selling to schools during COVID-19