How to pick your sales commission structure

For instance, if a company plans to increase multi-year deals over the next quarter, the sales commission structure should reflect that. Meaning, that reps should earn a higher commission rate on multi-year contracts. In doing so, you’re encouraging and rewarding them for locking in an extended contract. Without that incentive, why would a rep even bother?

That’s just one example to keep in mind, but there’s plenty to consider.

What is the difference between a compensation plan and a sales commission structure?

Now that we have differentiated comp plans from commission structures, let’s take a look at the 9 various structure types.

Also referred to as “straight commission,” 100% commission structures pay teams entirely based on sales earnings. The plans do not include base salaries or guaranteed pay.

Some people have tagged straight commission plans as controversial, citing high turnover and bad sales practices as side effects. But, when reps only receive payment based on the deals they sell, they are highly motivated to sell more.

The most widely adopted commission structure type across SaaS pairs a base salary with a commission plan. We recommend a 50/50 split, where 50% of a rep’s pay comes from their base salary while the other half comes from sales earnings. We’ve also seen organizations adopt a 60/40 ratio. In this ratio, the base salary makes up 60% of the rep’s OTE, and the remaining 40% consists of variable pay.

To find an OTE ratio that works best with the amount of revenue your team generates and your average team attainment, use our free Quota:OTE Ratio Calculator.

Meanwhile, a tiered sales commission structure works great for organizations looking to incentivize top performers. In this structure, reps unlock higher commission rates as they hit a designated amount of deals or revenue benchmarks. You may also hear this structure referred to as multiple rate, accelerators, escalators, or multipliers.

An example of a tiered sales commission structure example may include a 7% commission rate on deals up to $75K in bookings. Once surpassing $75K, the rep then starts earning 9% on all new deals within the same period.

What’s the standard commission rate in SaaS, you ask? 10%.

Next up is the gross-margin commission structure, which adopts a similar approach to the single-rate plans. Where gross margin differs, however, is that it considers the business’s profits from the deal. So, instead of accruing commissions based on the contract value or annual recurring revenue (ARR), the rep would earn commissions from the gross revenue collected.

As an example, if a rep sold a contract for $50K, but it cost the business $15K to secure the deal in associated expenses, the rep would earn commissions on $35K.

The commission draw shows up sixth on our list. These allow reps to borrow against future commissions earned and have the most impact when ramping new hires.

If you offer commission draws, you’ll need to decide if the rep has to pay back the draw or not (recoverable vs. non-recoverable). Check out our guide linked above where we explain in detail, when to consider commission draws and outline the pros and cons.

For companies looking to reward reps for maintaining long-term business relationships with their accounts, the residual commission structure may be a good fit.

The residual commission model pays the original rep on a continuous basis as long as the account continues to create revenue via renewals and upsells. Agencies and consulting firms most frequently adopt this commission structure.

Territory volume commission models involve a team approach to sales. Organized by territory, teams collaborate to sell across an entire region or vertical. Then, as deals come to fruition, the team earns a set commission rate on the deal and splits the commissions evenly.

For example, three reps share a quota of $100K a month for deals in the state of Minnesota. If one rep closed $50K, the second closed $35K, and the third sold $15K, then the team hit its target. As such, the three reps will split 12% commission, collecting $4K in earnings each.

The ninth structure, base-rate only, doesn’t involve any commissions. Instead, sales reps earn a fixed salary or hourly rate. We’re critical of these plans because they don’t incentivize or motivate the rep to sell, which should be the goal in a sales job.

After you choose a commission structure to follow, you’re now ready to tailor it to your business and build out a comp plan. When doing so, we suggest following these best practices.

Don’t do it by yourself

The best commission structures and comp plans were the results of a group effort. Invite RevOps, Finance, and your senior reps to the conversation. This helps build alignment and ensures the plans reward reps and make sense with the business goals.

Simplicity is your friend

If it’s hard for you to explain to a colleague or friend, then it’s too complicated. Your reps will likely struggle even more to understand it. Aim for simplicity. This enables leaders to easily reiterate what reps should be selling and for reps to understand what the outcome of their efforts will amount to.

Outline your compensation program, make sure everyone has a copy, and review it with your team in a designated meeting. This is especially important amid mid-year changes to a commission structure or plan. Make sure reps know what the changes entail, the why behind the changes, and how the company will support them under the new changes.

Pull up historical compensation data and run it through your proposed commission structure. No historical data? No problem. Use random or expected data, then run extreme scenarios, like what would happen if a rep achieved a 400% quota. Testing will help you prevent a wild card situation of having to pay a rep over 100% on ARR.

These may seem obvious as you’re reading it, but you’d be surprised how frequently we see teams skip all or some of these tips.

As promised, we put together three solid commission structure examples below.

We recommend a comp plan with a decelerator, an accelerator, and a multi-year kicker. This incentivizes AEs to overperform and decentivizes underperformance.

For an SDR compensation plan, we recommend a structure that’s based on the number of qualified opportunities and the amount of revenue.

So, if an SDR’s OTE is $80K, split between a $50K base salary and $30K target, half of the target OTE should consist of qualified opps and the other toward revenue.

Set a target of qualified opps: Let’s say 30 per quarter. Then give the SDR a percent of any revenue they generate as well, such as 3%.

The idea here is to incentivize them to land a bunch of opportunities. But, by rewarding them with commissions from revenue generated, you’re motivating them to push for high-quality opportunities that are more likely to close.

A good sales manager compensation plan should be attainment-based.

Attainment points: Hold your manager to 90% of their team’s quota sum and follow a point system.

This structure aligns sales leaders with their team target. It also allows for flexibility if someone on their team leaves and the quota sum goes down. Under this approach, leaders can focus on building their team up rather than trying to get as many people on their team as possible.

Still here? Hello! We recognize that was a lot of information. But you can clearly see there are many factors to consider when building a commission structure.

We hope you have found this helpful.

What’s even more helpful is integrating your CRM with QuotaPath. For growing, remote-based sales teams, we recommend the sales-first CRM Close. Launched in 2013, Close’s solution supports reps every step of the sale, including prospect and outreach efforts, lead scoring, and much more.

By integrating Close with QuotaPath, you can seamlessly feed deal information directly into QuotaPath. This allows sales reps, leadership, Finance, and RevOps to see real-time updates on existing and forecasted commissions and ARR.

Want to see the integration in action? Schedule time with a QuotaPath teammate today for a custom, live demo.

PS: If you send us your comp plan ahead of time, we can even show you how it’ll map out in our platform. 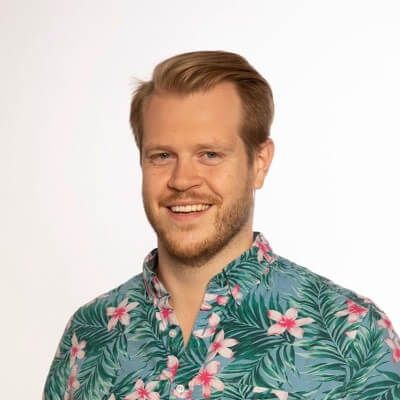 QuotaPath’s sales compensation software and commissions management solutions motivate reps by providing real-time transparency into their earnings and forecasted commissions. It’s the only solution built to support Sales, RevOps, and Finance at the leader and individual levels.

As for me, Graham Collins, I’m QuotaPath’s “Resident Sales Nerd.” It’s a nickname I’ve earned over the years after conducting more than 300 comp plan strategy calls for teams looking to re-evaluate their plans and structures. We offer these calls as a free resource to anyone in the sales community.