Interviews are like first dates, where the candidate and the interviewer try to pass off the best versions of themselves. Candidates sell you on their immaculate resumes, and some canned responses. You sell them on unlimited coconut water, and a foosball table. No one really knows if it’ll work out or not.

But the burden of proof falls on you as the interviewer, not the interviewee. If you want to hire the cream of the crop, you need to learn how to uncover the strengths and weaknesses that correlate with great employees. It’s really difficult to consistently hire based on instinct—especially if you haven't made a lot of hiring decisions in the past.

In the long-run, this is disastrous for your company. A bad hire costs most businesses between $25,000 and $50,000 according to CareerBuilder. You simply can't afford that kind of waste.

One of the best ways around this is to convince new hires not to work with you. It sounds insane, but it's actually proven to work. It's known as an anti-pitch and it's how Jeff Bezos built one of the best engineering teams in the world:

There was no disillusionment over what Amazon was when the prospect eventually joined. Those who chose Amazon in spite of the anti-pitch knew what they were getting into, and had in fact self-selected for the challenge. Amazon became known as a company whose engineers were intense and elite.

This strategy is backed up by research from Stanford and Tel Aviv University. When people are exposed to “weaknesses” in a product, service or company, they have context that helps them trust that the positive features are as good as advertised.

It's time to shift your thinking about recruiting. For the sake of your business, hiring can’t be a gamble—you and the candidate need to get your hands dirty or you won't know what working together will be like until it's too late. Here's how to get the real conversation going. 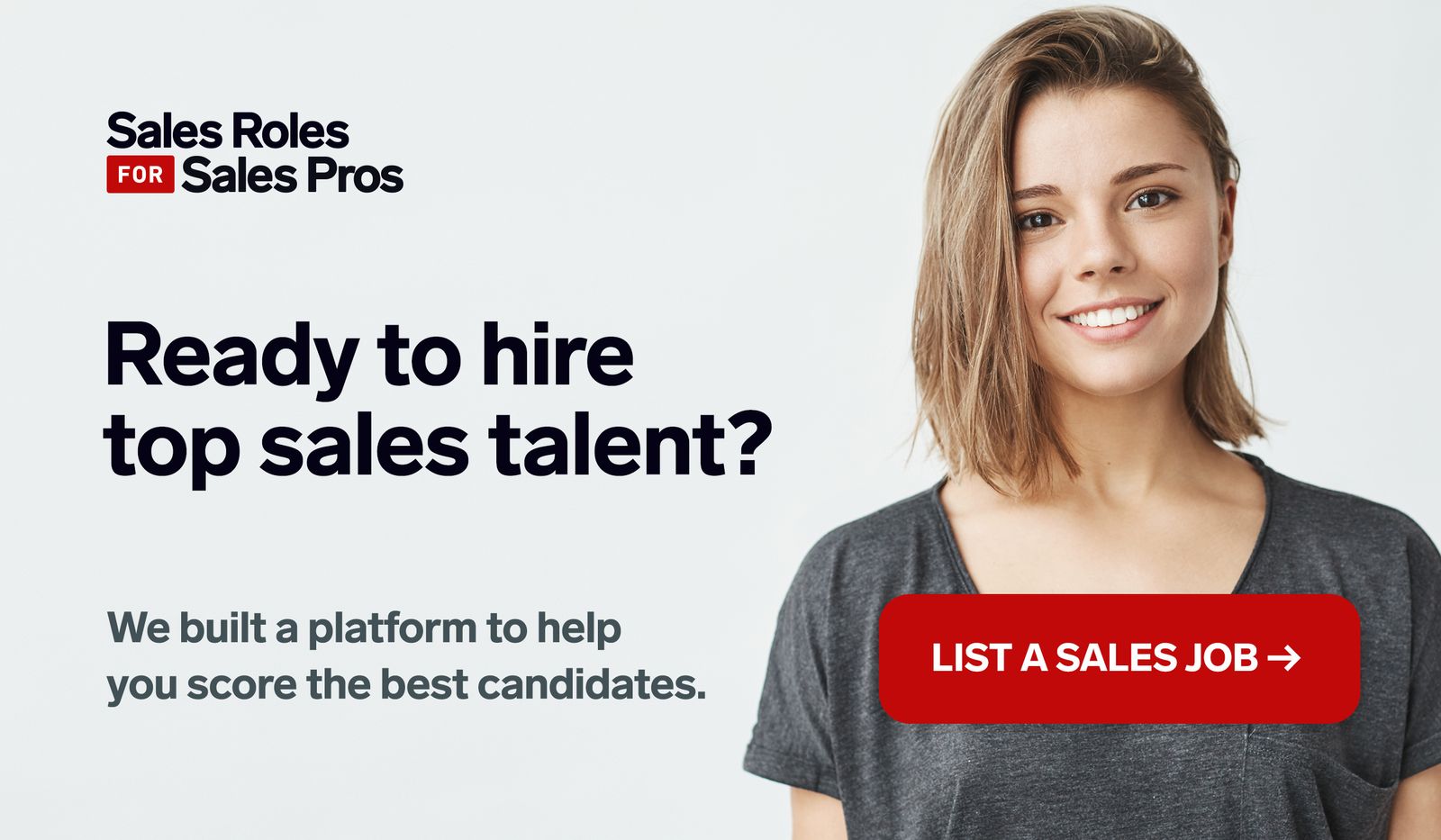 How to play the “Game of Weakness”

As an interviewer, it's up to you to navigate the bullshit and figure out what the candidate isn't good at.

This is where the Game of Weakness comes in. The goal is for you to convince the candidate not to work with you, and for the candidate to convince you not to hire them. It sounds entirely counterintuitive, but it leads to an actually valuable, productive conversation every time. No candidate is perfect—and your company isn’t either.

Start trying to figure out the imperfections early on. This creates an open and transparent environment where everyone can all work to be better, rather than one in which they’re all just BSing each other.

Here are the simple rules of the game.

Know your own weaknesses first

You need to lead the way. Don't expect candidates to share a real weakness unless you guide the way. Get in the mindset that you're both being interviewed. Creating a false perception of yourself and your company is just as costly—you don't want new hires leaving when they find out the truth. Laying it all out on the table completely shifts the interview into a conversation that's radically different from what you’ve done before.

For this to really work, you need to know your own weaknesses. Get ready to swallow your pride. Use a Google Form to collect feedback from your team anonymously.

You can prompt them with a few questions like “Do you feel your salary is fair?” and “Do you have enough autonomy?” but leave room for open answers as well. Getting feedback can be tough, but it makes your company and your hiring process stronger.

Try to identify the two or three points you hear most often—this is the pain that new hires will experience shortly. Talking about it openly in an interview ensures it's not a surprise.

The Game of Weakness gets real, fast. Kick it off by telling the candidate something they don't want to hear. Remember, you are trying to convince them not to work with you. Next, ask them to share a reason not to hire them. Ask them what negative feedback a former employee or manager would give about them, or why they might not get along with your team.

Your confession: Jobs here are really inconsistent. People who like their roles to be super defined wouldn't be happy here because there's no clear boundaries—we all have a hand in every aspect of the business.

Candidate's BS response: Yeah, I know the company's just starting out, and that's what drew me to it. I think my biggest weakness is that I work too hard, which is good because I really want to get my hands dirty and help shape what this business can become!

You might feel frustrated, since you just revealed a very real weakness, but remember that this is probably the first time they've encountered something like this in an interview. If you can't pry a weakness out of them in the first round, double down in round two.

If the candidate still hasn't stepped up after the first round, apply more pressure. This is where it usually gets real. Reveal another weakness, then ask them to share one with you.

You: I have a tendency to micromanage. It's something I'm working on, but the team says that I sometimes get in the way.

At this point, you've earned the right to learn something negative about this person. Ask them again to share a weakness—and push until you get a real one.

You: This isn't your average interview. We really believe it's best to put all our cards on the table, and that’s a nonnegotiable part of our company culture. What’s something that you actually struggle with?

Candidate: Well ... I get defensive about feedback.

You: Can you give an example of how that affects you at work?

This is where the real conversation can happen. Once one weakness is exposed, others will follow. Remember, you are doing this to understand if they would be a good fit for your team. As they open up, reinforce the idea that this is a good thing and will save you both time and hassle down the road.

The more you play the Game of Weakness, the better you and your team will get at picking up on the weaknesses before you've even started the first round.

If I'm disappointed by a candidate, I ask my team, “How did we miss that before? Were there any tells we didn't pick up on?” This reflection helps your team build their intuition so you keep making better and better hires.

These are some common tells I've noticed, both in interviews and in written materials, and their corresponding weaknesses. You can use the real meaning of these soft answers to pry deeper in the Game of Weakness.

As you get better at reading these insights, the weaknesses won't be revelations—they'll just confirm characteristics you already noticed. And if the candidate does surprise you, that's a chance for more reflection—you'll catch on next time.

Leverage Weaknesses to get useful references

Once you've interviewed a candidate and have a good understanding of the things they struggle with, cross-check what you learned with their references.

Instead of asking a reference, “How did you like working with Bob?” start with one of the weaknesses. “Bob said he struggled with feedback. How did that affect your working relationship with him?”

Starting with weaknesses when checking references has the same effect—they will feel more comfortable talking about it if the candidate is the one who provided the talking point. This is where you'll learn a lot. If the reference says, “Bob did struggle with feedback but he worked on it and got better over time,” you can feel good about the hire. But if they say, “Bob refused to accept feedback and it made it difficult to work with him,” you may want to reconsider hiring him.

You may need to share one or more weaknesses to prove to the reference that you are serious about learning more. Lay out the truth and you can learn a ton in a short conversation.

The game is a shortcut

The Game of Weakness strategy is meant to short-circuit the process of finding the right fit. You and the candidate are evaluating each other and there's quite a bit on the line. Getting the candidate to open up about their weaknesses actually reveals their strengths. If they are comfortable talking about failure and have a real desire to improve, you might have a winner on your hands.

How to ask for—and receive—feedback
One of the best ways to improve yourself in sales—or really any area of your life—is to ask for feedback. Yet, we never truly learn about the art of asking for and receiving feedback ... until now.

My startup hiring interview hack: Why? Why? Why?
A simple strategy to x-ray through the bullshit answers applicants give you and get real insights into what makes them tick.